What is Fusion Drive?

Fusion Drive  is an Apple technology that allows you to join the storage of several hard drives in one to be able to use all the space, but optimizing the speed, so that having two disks, the SSD is reserved for what we access more frequently and the traditional hard disk for what not. By default, the SSD disk is first “filled” with all the information we write on the Fusion Drive disk, and then when there is little space left (4GB say some), it is migrated to the hard disk in blocks of 128KB.

So, “fat” stuff like my iPhoto / Aperture photo library is not physically on the hard drive or the SSD, but there are bits of the library on each disk. That is, the migration is done at the block level of 128KB and not at the file level. 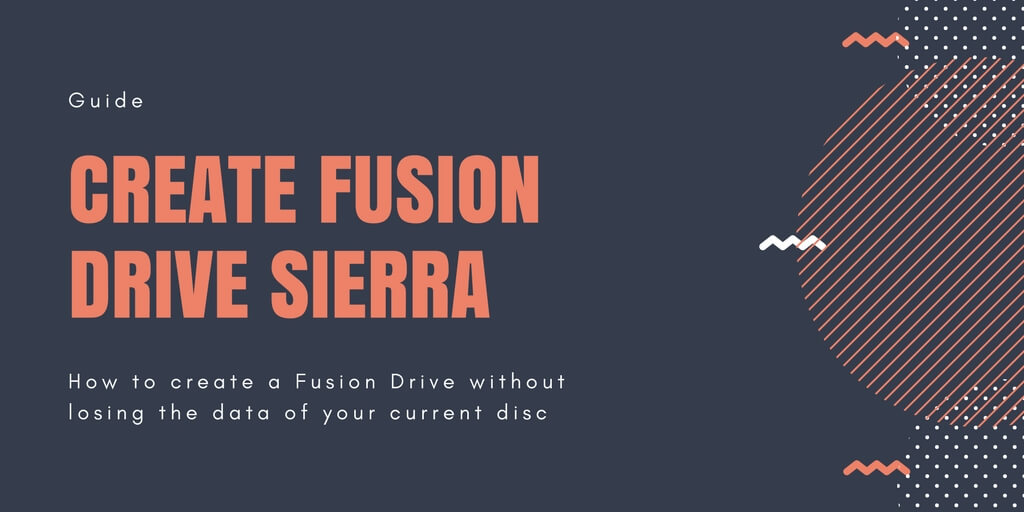 Fusion Drive, in principle, is not a new technology at its core. It is based on the  well-known logical volume management in the Linux world ( LVM ) that was migrated from HP-UX and that originated in 1989 – almost 25 years! – in the IBM AIX operating system  . It is based on creating Logical Volumes, which are like “virtual hard disks”, which are composed of one or more physical disks.

The novelty of Fusion Drive is that the management of the discs is “intelligent”. It is able to decide whether to “migrate” data from one disk to another to improve performance. And so, they have included it as an option on all new iMac, but, Surprise! It also works on your Mac if you have Mac OS X 10.8.2 or later!

The Tutorial: Mounting My Fusion Drive

A warning before you begin:  This procedure is experimental and your data can be “loaded”. Run it at your own risk .

The first thing you need is to have two discs. For this there are many kits to install on your Macbook or iMac. OWC  has the best known and you can find in Spain in distributors of Mac products. I have bought it to  Macníficos , but you can find it anywhere else. It is not a simple installation, you have to go with patience, not be manazas and be careful what is touched. If you are not clear how to do it, I recommend that you pay for the installation. It does not cost much and you avoid problems.

The second thing you need to know is that, like any mechanical element, the hard drives crash, but it is a matter of time that your SSD “la palme” because of scriptures. The memory in which you write has a certain number of writings, and from there, you can not write more. Do not be scared, there are technologies like TRIM that will give a lot of life – years and years – to your disc, but do not think that not being mechanical will last much more.

Third you have to check: Mac OS X 10.8.2 or higher. You need to have this version of the operating system.

Fourth, although it is optional, you should have enough RAM so that your SSD does not “suffer” paging. Probably if you have a Macbook like mine you will have 2GB, which are very short for today. Since you’re leaving 200-300 € on an SSD, the 90 € that will cost you 8GB are worth. Think about it. With 400 € you have a Mac that has little to envy in performance to the latest models, saving the CPU, of course …

Make a copy of your data!

Once we have the disk installed and everything checked, we find a Mac with two hard disks. Well, the first thing I recommend is that you stop here and make sure you have a copy in Time Machine of your machine. What we are going to do is a procedure not supported – not even documented – by Apple, so probably, not even the Genius of the Apple Store in your city will know how to undo it.

What we are going to do is create a convert the old hard disk to a Fusion Drive disk and then add the SSD disk as a physical volume plus to the logical volume group. My personal opinion is that you install a clean copy of Mac OS X on the SSD, and then move the applications and the user’s / s folder. Then you modify the permissions and finished issue. Or better yet, restore your user and Apps from a Time Machine copy. But as I had promised to create a Fusion Drive without losing data, I will do the first thing.

As we are going to touch the structure of the disk, I recommend you have closed all the applications you can, even if you can, boot with the recovery partition of Mac OS X and do all the work from there.

Now we need to open the terminal. Unfortunately, Apple does not support Fusion Drive in Disk Utility, so we have to fight with commands. Let no one be overwhelmed that they are few. To handle Fusion Drive the “CoreStorage” command group of the “diskutil” utility is used. can also be abbreviated as “cs”. The first command we will need is “sudo diskutil list” to get the list of connected devices. It will ask for the password and then it will show a list of disks:

As you can see, I have two disks disk0 and disk1. I already have two CoreStorage-Fusion Drive-type disk partitions. You will find Apple_HFS partitions. What interests us now is that you correctly identify the HDD disk. In my case it is clear that it is disk1s2. What we are going to execute now is the “discutil cs convert” command. That command will convert our hard drive into a logical volume ready to be used. There are several commands in CoreStorage. You can see them doing “sudo diskutil coreStorage”:

Well it’s clear, since my disk is disk0, I run “diskutil cs convert disk1s2”. This usually takes quite a while and for some reason I do not understand, the progress bar was 0%. Nor do you happen to cut the process, that then you would lose the data on the disk. On my 500GB disk it took about 15 minutes.

If you are running these commands from Mac OS X and not from a Mac OS X Recovery pen / disk, I recommend at this point to reboot the machine, since your disk can not be dismounted hot. Once restarted, you can see the CoreStorage tree with your HDD disk running as a logical volume. Run “sudo diskutil cs list”:

In the previous image you can see the structure of CoreStorage perfectly. A logical volume group has been created, which has a physical volume (the HDD), a family of logical volumes, and a logical volume that at this moment is our hard disk.

Here comes the trick that you will not find in other tutorials. There is an undocumented CoreStorage command called addDisk:

This command allows us to add a physical disk to a group of logical volumes. We have to use the UUID identifier of the group to add the physical disk, so let’s copy it from the output of the previous command: “sudo diskutil cs list”. With that UUID copied, we’re going to add the SSD disk partition. In my case it was disk0s2, “sudo diskutil cs addDisk UUIDdelGroup disk0s2”. Being a disk that is empty, it will not take too long.

At this time, our Logical Volumes Group has 2 physical disks, but only uses the HDD disk space because we have not told you that you can use the SSD. Let’s do it with another undocumented command: “resizeVolume”.

This command what it does is to add available space of any disk that we have added to the group of logical volumes. Now we need the UUID of the logical VOLUME, instead of the group.

For example, to resize this logical volume from 1TB to 850GB would look like this:

The problem with this command is that it does not support percentages so we will have to add space in “gigas”. For example, in my case “diskutil list” told me that the partition had 249.3 GB plus the 439 GB of the HDD is 678, so I added a little less: “diskutil cs resizevolume UUIDdelVolumen 678.2g”. If you have space after, you can continue adding decimals. If you pass, diskutil will say that you do not have space.

And that’s it! Your particular “Fusion Drive” is working. Having created it this way, you probably have to wait a while for the machine to perform as expected, since all your data is on the HDD, and Mac OS X will take a while to migrate.

A couple of final details

Keep in mind that a “Fusion Drive” also implies that if either of the two discs fails, everything fails. That is, if the HDD is damaged, it does not matter if the SSD is fine. The machine will not start.

On the other hand, at all times we have been “tapping” partitions – we have converted disk0s2, not the disk0-. That’s because we need to leave the EFI partition quiet as well as the boot partition. For reasons I do not understand, even though my Mac OS X recovery partition is intact, booting does not appear to me. I guess that’s something that Apple will have to review …

Today’s hard drives are capable of using a TRIM technology   that makes them last longer. Apple does not activate TRIM by default, except on Macs that come with “home” Fusion Drive. Undoubtedly, it is something that you want to enable and for this there is  a utility . Download it, enable TRIM, reboot and you’re done. It is tremendously simple.