How to Download and Install iOS 11 Beta on iPhone? After almost a day with the latest iOS version on my iPhone, the short answer to the above question is a silent denial with circumstance face. Unless you have a special interest in the beta, installing a first version for developers is not usually one of the best ideas, as it is usually plagued by minor errors, general instability and a not inconsiderable battery consumption.

Here’s what’s supported: How to Download and Install iOS 11 Beta on iPhone

Although this first beta – by own experience and what I have been able to observe through the experiences of other early adopters – does not present great failures, it is possible to appreciate a general slowdown of the system, actions that sometimes stop Work, overheating of the terminal, etc … Nothing serious after all, but it is not the performance that one expects in his device of hundreds of euros. To this must be added that this version of developers is not officially available for everyone, so you will have to propitiarte your own stockings to install it. 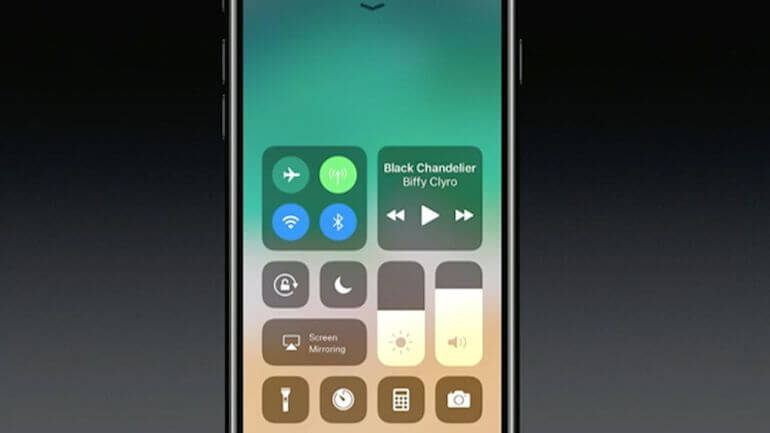 The recommendation is to wait until Apple releases the public betas within a month (approximately). Betas, this time yes, you can download by registering in the program available on its website . By then many of these first mistakes will have already been remedied and you can enjoy a better first experience with iOS 11.

Just a few minutes after finalizing its presentation of the WWDC 2017, the apple company made available to the developers the first beta of iOS 11. In this way, registered developers can download the beta version of iOS 11 from the Center Developers of Apple, or they can do it OTA (over-the-air) once they have installed the suitable configuration profile.

As we saw during the keynote, iOS 11 is the most important software version that has been released for iPad, thanks to features such as multitasking improvements, a new application for better file management, among other important qualities. In addition, the new version of the mobile operating system also has an ARKit API that will allow developers to create all kinds of new augmented reality applications.

Similarly, the Control Center in iOS 11 has a major change, as it is now a complete screen with all controls, which uses 3D Touch to increase the use of each control . But this is not all because the lock screen and notification center will also receive a change, although it seems that it is not something visual, but the way we slide them on the screen.

At the moment iOS 11 is only available to currently registered developers . However, Apple will offer a public beta for public beta testers later this summer, and the software will be officially released in the fall, hand in hand with the upcoming iPhone.

How to make an archived backup of your iPhone or iPad

Before you begin, make sure you back up your iPhone or iPad. While the beta process is fairly straight forward, any time you make any significant change to your device you risk problems. And with your personal data, it’s always — always! — better to be safe than sorry. Even if you back up every night, you’ll want to make sure it’s absolutely up-to-date.

Archiving will prevent your current backup from being overwritten by an iOS 11 backup in the future, should you want to revert for any reason.

How to register your account for the iOS 11 beta

Before you do anything else, make sure you have a developer account with Apple — without a paid account, you won’t be able to download any non-Xcode betas.

Thanks to Apple’s configuration profile, you can download iOS betas directly on your iPhone or iPad, no Mac required! (You can still install iOS 11 on your iPhone or iPad by connecting your device to iTunes, but you’ll need to be running the Xcode beta first. The method listed below is generally a lot faster, with fewer wires.)

How developers can get the iOS 11 beta

The first people to get their hands on the new platform version are developers and the developer preview is available now. If you want to register for the Apple Developer Program it will cost you $99 per year. Once you are a developer, you’ll want to follow these steps:

You can also get the iOS 11 beta via a Mac or PC. Once again, pick your device and do a backup first, then:

If your device isn’t registered, it’s easy to add it to your developer account. Here’s how:

If you do decide to try it, make sure you back up your iOS device first, and remember that it’s probably going to be pretty buggy. The final public release of iOS 11 is expected this fall.

How to install iOS 11 beta

How to Download and Install iOS 11 Beta on iPhone? If despite the previous indications, and being aware that the beta of iOS 11 may present different operating problems, you can not wait until fall to enjoy first hand the latest operating system, then we leave the system simpler than You can run to download and install the software on your device.

It is about manually installing a developer profile on your iPhone or iPad and updating your smartphone or tablet as if it were any other update. To install this profile and get the beta of iOS 11 you must follow these steps:

How To Install iOS 11 Beta OTA Update Without Developer Account

This method involves the installation of a verified Apple Configuration Profile that triggers an OTA update to the beta firmware. As is the wise thing to do before any and all beta build installations, backup your device to iCloud or iTunes before starting. I can’t stress this enough. Make sure you have secured your data in case something goes wrong or you decide to go for a fresh restore later on. Also, you might want to check if your device is compatible with iOS 11.

This is what you need to do.

Step 1: On your iOS device, launch Safari, and open this link: bit.ly/2saB27a

Step 3: If asked “on which device would you like to install this profile?” select iPhone.

Step 4: In the screen that follows, hit Install. After the profile is installed, your device will be rebooted.

Step 5: Once your device is done rebooting, launch the Settings app, navigate to General > Software Update and you should find the “iOS 11 Developer beta OTA” update waiting for you there.

Step 6: Hit Download and Install, sit back and relax.

Once your device is done updating, it should reboot into the first beta of iOS 11. 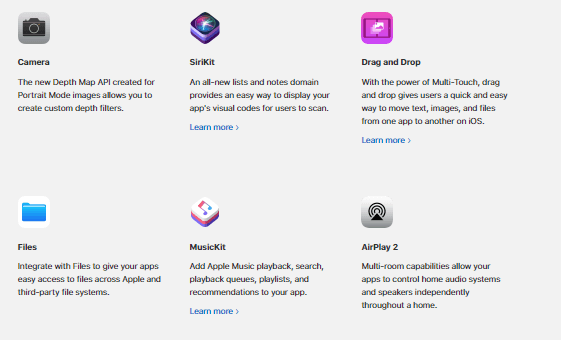 Of course Apple could not let go of his voice assistant. According to Craig, Siri will now have a new visual interface that will show us multiple results, and even help translate those in other languages. In addition, Siri can now be used for task management with third-party apps, and not only will it understand our voice, but it will be smarter by understanding the context, interests and what we want to do. 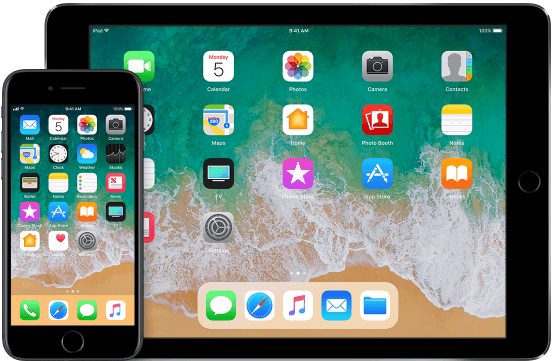 First, Apple said that in its latest version of mobile operating system will have a new compression for the videos , which translates into less space on the device and in the cloud. In addition, the images will also have an improvement in compression so that we continue to gain space (good news for those who still have a 16GB iPhone and have to be erasing their photos constantly).

On the other hand, the “Memories” function is now more complete and intelligent, offering different modes of visualization, and also announced some improvements for ‘Live Photos’ with functions like Loop, which turns a Live Photo into a small video that ends and Starts again (very similar to the Boomerang of Instagram). Similarly, Apple announced the arrival of effects to Live Photos, so you can use the shots to capture something similar to an extended exposure 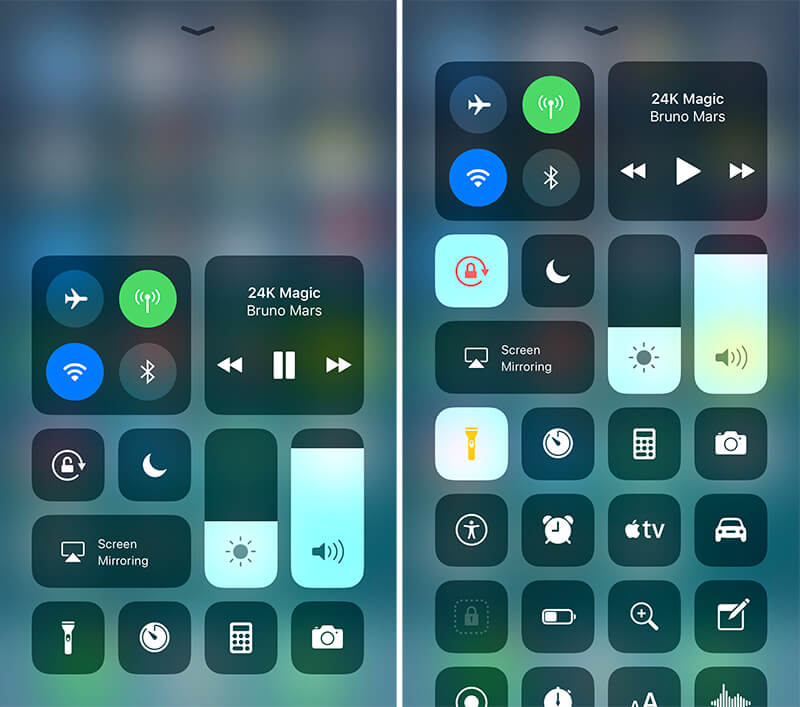 This is a novelty that we will notice in a moment. According to Craig, The Control Center on iOS 11 is a full screen with all controls, which uses 3D Touch to increase the use of each control. But this is not all because the lock screen and notifications center will also receive a change, although it seems that it is not something visual, but the way we are sliding the screen.

Apple continues to bet on its map service and so, updated it in iOS 11. Now the service has maps of Shopping Centers, can be searched by plants, and also included some airports to do searches within them . Also, we find improvements in navigation, with speed limits and correct lane guidance.

The CarPlay service could not be left behind and will also receive some improvements. First, a new feature called “Do Not Disturb While Driving” appears, which will relegate non-important messages so that they do not bother us while driving.

If you want to know if your iPhone or iPad is compatible with iOS 11 you should consult this list of phones and tablets that can be updated to the latest version of the operating system. Remember that the update will be available in the fall, meanwhile only developers will have access to the beta.

As we have seen, iOS 11 brings a lot of new features to Apple devices. Some are bigger than others, such as the great redesign of the App Store . Others are exclusive to iPad Pro like Drag and Drop or Files. You can check all the features of iOS 11 to know what new features it will bring.

IOS 11 is available today for registered developers. In a few weeks you can install on the devices of users subscribed to the public beta and will reach all users from autumn , surely after the presentation of the iPhone 8.

Devices that can be upgraded to iOS 11

The iPhone 5s has been added to the list of devices compatible with iOS 11.

As we can see, devices compatible with all those that have a chip A7 or higher . Remember, however, some older devices like the iPhone 6 or iPad Air may be slow to run iOS 11. How to Download and Install iOS 11 Beta on iPhone