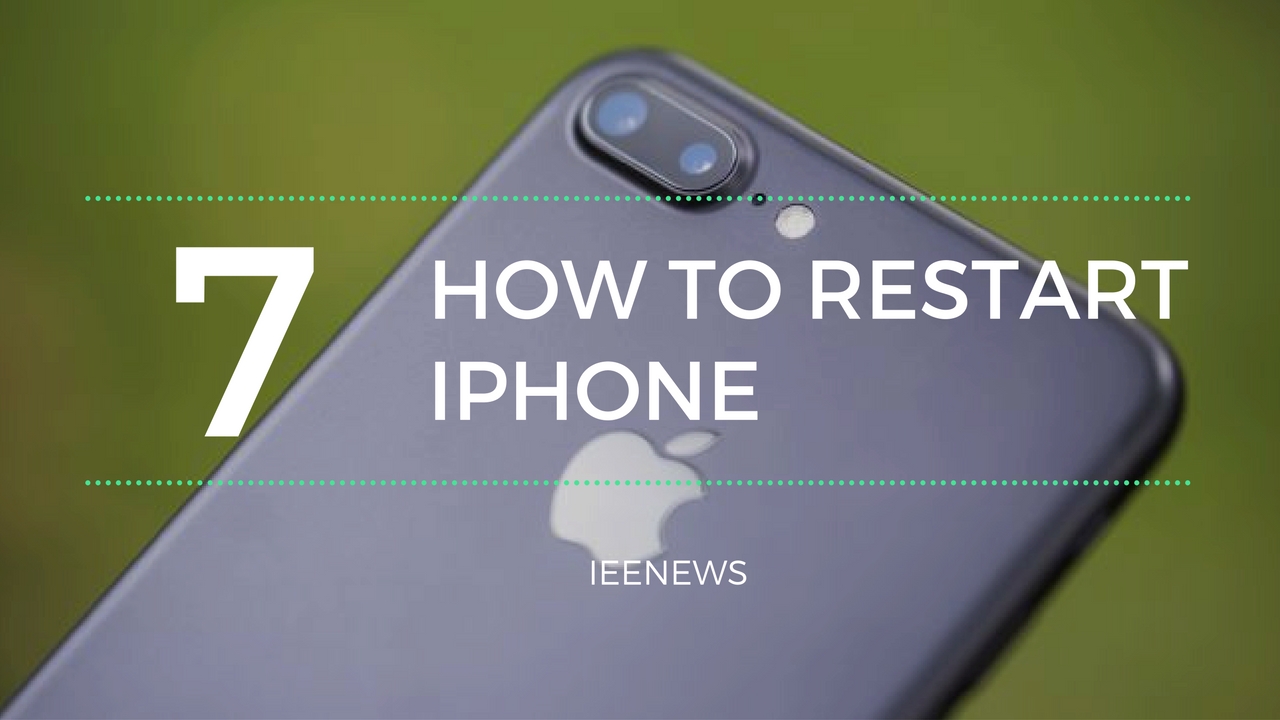 Restarting, or performing a “soft” reset of an iOS device often fixes a keyboard that’s decided to stop working, a camera that won’t open. Just like restarting a computer often fixes problems, restarting your iPhone sometimes works wonders: In older iPhone’s we used to: Press and hold the sleep/wake button. Slide the red slider to turn off the iPhone, and then wait a few seconds. Press and hold the sleep/wake button again until the Apple logo appears on the screen.

If you find yourself with an unresponsive iPhone 7 and attempt to restart it. Your device might have a frozen screen that doesn’t respond when you touch it or press buttons.  You can force your device to restart even if your screen is black or your buttons aren’t responding. If your device still won’t turn on or start up

How to restart iPhone 7 and iPhone 7 Plus

How to restart iPhone 7 and iPhone 7 Plus: Due to the new home button requiring power to work, Apple has changed the buttons used to force a restart.

STEP #1: Keep Holding Volume Down and Power Until You See  Apple Logo.

STEP #2: Continue holding down both the Volume Down and Power buttons on iPhone 7 until you see the Apple  logo appear on the screen.

STEP #3: Once the Apple logo appears on the display you can stop holding the buttons, the iPhone 7 has successfully been restarted.